If you’ve ever felt bored or unmotivated during cardio exercise at the gym, you’re not alone. Intero was founded by athletes who felt the same way and wanted to make machine exercise more social and stimulating. We’ve developed API-driven, beta smart phone applications which sync up with Concept2 rowing and ski ergs, allowing you to compete with friends, join classes, visualize interactive environments, and make you feel like you’re rowing in a river or skiing down the alps. These apps will be accessible on any smart device later this year. For those who want to really immerse themselves and see their friends exercising next to them in virtual reality, we developed an athletic VR headset which your mobile phone can fit into; the headset is the most sweat-resistant and lightweight on the market. Please email us if you’re interested in beta-testing our apps or headset. If you are a developer interested in using our API for developing apps for Concept2 machines, Wahoo sensors, and soon more machines, please visit the “Developers” section of the site. HOW DOES IT WORK?

1. Hop on a Concept2 Erg Machine

You can find an erg using Concept2’s online locator. The Intero apps currently work with Concept2 machines but will be available for use on other machines in the future.

The app will be available for download later this year. We recommend downloading the app to an iPhone and iPad (We will be working with gyms to provide iPads to athletes). You can use an Intero iPad mount or Concept2’s iPad mount to attach the iPad to the machine.

3. Sync the App with the Machine

On the console press “More Options,” then “Turn Wireless On,” then on the app press the “Sync” button. You will then be connected to the machine.

4. Join a Class or Workout with Friends

Intero is bringing on talented coaches to build a variety of workouts. Additionally, you can connect online with friends and teammates to race or workout together 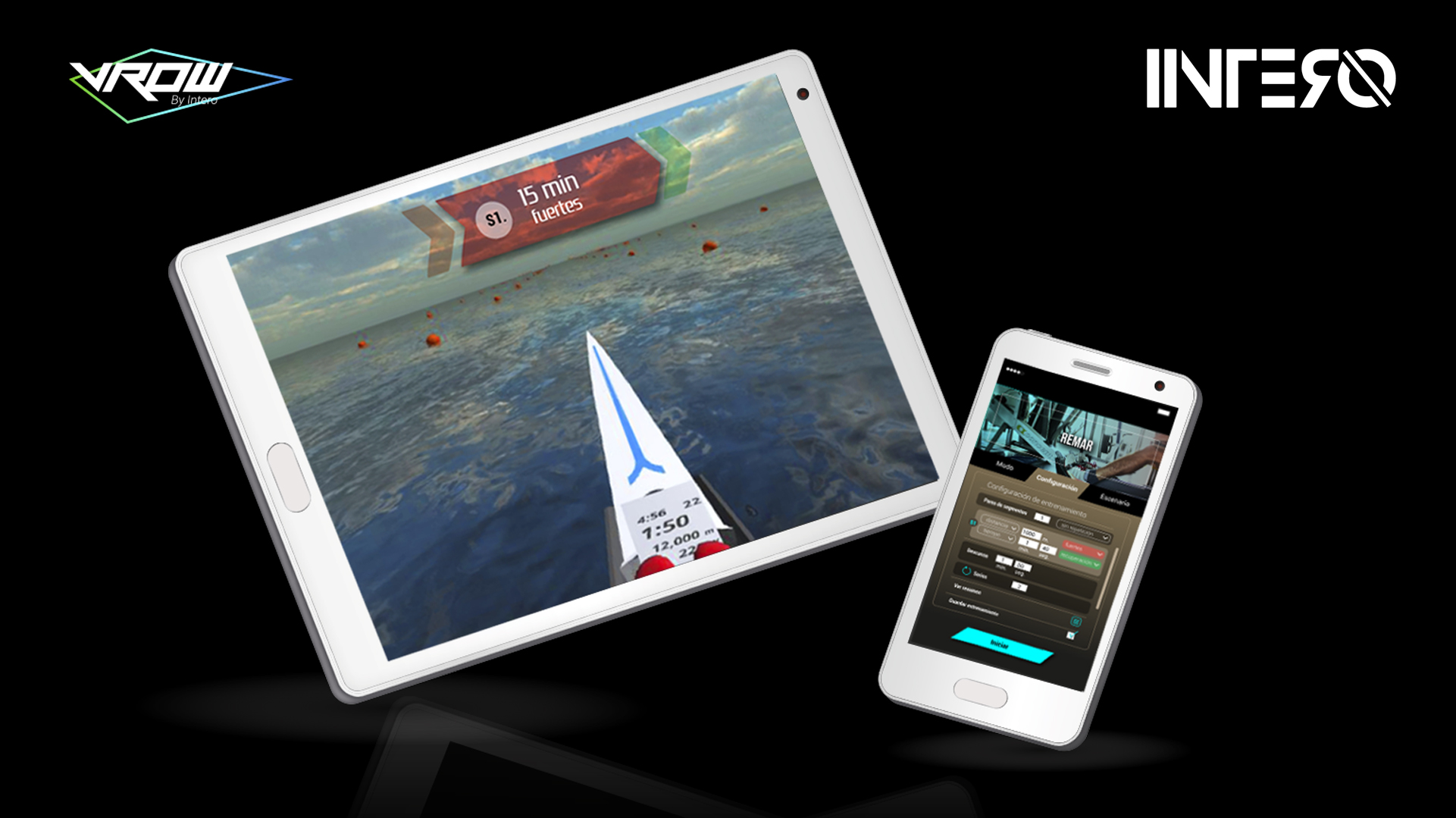 The applications are still in beta mode. They will be publicly launched on the App Store and Google Play in late 2019. Applications will be available for gym and individual subscriptions. Contact us to become a beta tester or if you would like to join the startup.

Athletic research shows that we train better with others.

Staying stimulated is key to getting fit and staying active.

Song and sound synchronization tricks your brain into performing better.